HomeFishingTo The Ocean And Back – And Back Again: The Tale of An Idaho Steelhead

Spring is spawning season for Idaho’s steelhead. These fish make an incredible journey to reach their home streams to spawn. Sometimes, it is not their first trip home.

Young steelhead live in Idaho for one to five winters. When they get big enough, they make their way to the ocean where they pass eight dams in the Snake and Columbia rivers.

In the ocean, steelhead head immediately offshore sometimes as far as the Kamchatka Peninsula in Russia on the far side of the North Pacific! When they return to Idaho, they have to swim farther and climb higher than any other steelhead, passing the same eight dams again.

For some steelhead, the journey doesn’t stop there. Unlike salmon, steelhead can survive spawning and return to the ocean. If they survive in the ocean and return to spawn again, they are called repeat spawners. At that point, they will have passed a dam 32 times in their lives.

Outwardly, they look like any other steelhead, but the stress of spawning leaves marks like ragged scars on their scales. If they are tagged with a PIT-tag, detections of that tag let us track them when they on their second spawning migration.

Here is the story of one such fish.

It was tagged on July 22 as a youngster, not quite 4 inches long, in the South Fork Salmon River in Idaho.

Two years after tagging, this steelhead was detected moving downstream past Lower Granite Dam in the Snake River on May 6.

Two years later, it returned from the ocean on September 3 as an adult, swam to Idaho to spend the winter.

Next April, it was detected heading upstream in the South Fork Salmon River. A month later, the steelhead was detected moving downstream past the dams in the Snake River.

It spent another four months in the ocean and returned again. It entered the fish trap at Lower Granite Dam where the scale pictured below was collected. At that time, it was 29 inches long.

This repeat spawning steelhead was last detected in late April back in the South Fork Salmon River again, having lived seven years. Truly an amazing adventure.

This fish, while rare, was not alone on its adventure. We estimate around one to two percent of the steelhead that come back to Idaho in a given year are actually repeat spawners. Even more amazing, we have found a few steelhead that have completed three spawning migrations.

For more information on wild salmon and steelhead projects, visit our Wild Salmon and Steelhead Webpage.

IDFG note: The repeat spawning steelhead in the first pair of pictures is the one on the left. 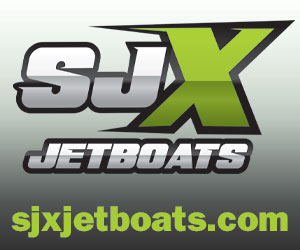