A federal fisheries biologist is sharing his guarded assessment of 2018’s annual spring survey of young salmon off the Northwest Coast, one that offers a glimmer of hope for future Columbia River runs but also comes as the Pacific continues to give off mixed signals.

“Our catches make me optimistic, but based on some of the other data we have, I’m only cautiously optimistic,” says Brian Burke, a research supervisor at the National Marine Fisheries Service’s Seattle office in Montlake.

He says samplers found average to just slightly below average numbers of Chinook offshore, which is actually better than it sounds.

“A big improvement from last year,” Burke terms it, pointing to 2017 which saw some of the lowest numbers of young Columbia kings on record.

“A large number of coho — much more than average,” reports Burke.

It all might be good news for 2019 and 2020 fisheries, but you can also look at federal and state data for correlations between June yearling catches and subsequent adult returns and find just about anything you want to.

Last year the feds did warn that 2017’s survey could mean poor returns this year continuing into 2019.

The official salmon forecasts and trends for Columbia spring, summer and fall Chinook, coho and sockeye will begin to come out early next month.

Sportfishing industry members huddling with state managers Dec. 11 at ODFW’s Clackamas office to get the scoop will be hoping for good news after this season saw reduced angling opportunities and large-scale closures of the big river.

While ocean productivity does appear to have improved somewhat for salmon relative to 2014 through 2017, it’s not clear whether things are back to “normal,” per se, from the Blob.

“When we see things like pyrosomes and pompano that were never really caught prior to 2014, we know the system has not completely reset from the impacts of the Blob,” Burke says, and cautions, “We are also seeing a potential new blob this year – obviously, the impacts of that are not known.”

There’s much more to the ecosystem than just salmon, of course, and down near the base of the Northwest’s offshore food chain, “friendly faces” — northern coldwater copepods — returned this spring.

They were entirely absent in 2015 and 2016 and might have led to the former year’s emaciated salmon smolts, while their 2017 arrival came very late in the season, according to a report on NMFS’s Newportal blog.

“Whether the improvements we’ve seen in 2018 relative to the prior three years are a trend or just noise, it’s hard to tell,” Burke says. “Results from 2019 sampling should help clarify whether the Blob years were an anomaly or part of the new normal.”

Here’s hoping they were an anomaly and Blob Jr. doesn’t take after its father. 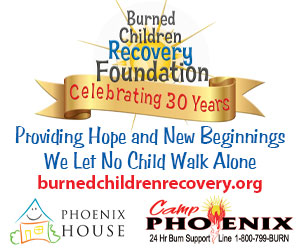