HomeIndustry NewsHunters, Others Help Boost Reward To $10,000 For Info On Poached Troy Bighorn

Oregonians have come together to raise additional funds to bring the total reward to $10,000 for information leading to charges involving a bighorn ram that was shot illegally Jan. 26 on the Wenaha Wildlife Area in northeast Oregon.

The Oregon Hunters Association (OHA), Oregon Wildlife Foundation (OWF), and the Oregon Chapter of the Foundation for North American Wild Sheep (OR FNAWS) chipped in to raise the reward from $1,000 to $10,000 or five hunter preference points. The original $1,000 is from the OHA Turn In Poachers (TIP) rewards program, funded through fines and restitutions from illegal fishing and wildlife convictions.

Field biologists discovered the crime after they received transmissions that the bighorn ram’s radio collar had stopped moving, which is an indicator of death. They found the radio collar and one severed, tagged ear on the ground near an access road to a feeding station. Evidence indicates the ram was shot. Blood and hair were found beneath the collar.

“Collaborative efforts like this send a strong message that Oregonians feel protective of our fish and wildlife,” said ODFW Director Curt Melcher, “This is a place where we find common ground in our values and beliefs.”

Oregon Wildlife Foundation contributed $2,500 to the reward. Collaborators are pleased to come together to stop poaching, according to Tim Greseth, Executive Director of OWF. The non-profit is dedicated to fish and wildlife conservation involving obstacles such as habitat loss, illegal hunting and collisions with vehicles.

The Oregon chapter of FNAWS also contributed $2,500. Oregon FNAWS was founded in 1998 to enhance the population, health and vitality of indigenous wild sheep in Oregon and around the United States.  They fund and support education and research for wild sheep and mountain goats, and transplant animals from regions where they are plentiful to regions in which they have become depleted. They rely on a multitude of partners and agencies to accomplish their goals.

“No one agency or organization has the resources to do everything on their own,” said Kevin Martin, the chapter President, as he listed organizations that help put wild sheep and goats back on the mountains in Oregon.

“We’ve worked with agencies and wild sheep chapters and foundations from across the western US and Canada, including British Columbia, Alberta, Idaho, Washington, Utah, Oregon, and Montana; and also the US Forest Service, Bureau of Land Management (BLM), Oregon Department of Fish and Wildlife (ODFW), Tribes, other conservation organizations, private corporations and funders, Oregon State Police, everyone who wants to,” he said. “We are pleased to participate with these partners.”

Martin’s voice takes on a steely tone when considering poachers.

“When they take an animal, they steal from the people of Oregon,” he said, “And from everyone who contributed to the animals being there.”

“Poachers take away opportunities from everyone else out there following the rules,” Thomas said, “I’m very appreciative of all the different organizations coming together to increase the reward amount, which will hopefully generate a good tip or information that leads us to those responsible for killing this bighorn.”

The Stop Poaching Campaign educates the public on how to recognize and report poaching. This campaign is a collaboration among hunters, conservationists, land owners and recreationists. Our goal is to increase reporting of wildlife crimes through the TIP Line, increase detection by increasing the number of OSP Fish and Wildlife Troopers and increase prosecution. This campaign helps to protect and enhance Oregon’s fish and wildlife and their habitat for the enjoyment of present and future generations. Contact campaign coordinator Yvonne Shaw for more information. Yvonne.l.Shaw@state.or.us. 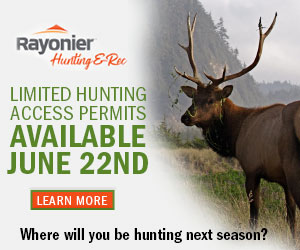